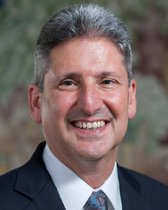 BOULDER, Colo. – David Lassner, president of the University of Hawaiʻi, where he leads both the 10-campus system that is the state’s sole provider of public postsecondary education and its flagship R1 research university, was elected as the 2022 chair of the Western Interstate Commission for Higher Education (WICHE) at its biannual meeting held virtually earlier this month.

By promoting innovation, cooperation, resource sharing, and sound public policy, WICHE and its 16 member states, territories and freely associated states work collaboratively to expand educational access and excellence for the Western region. Lassner is replacing outgoing chair, Susan Anderson, president and CEO of The CIRI Foundation of Alaska, while Matt Freeman, executive director of the Idaho State Board of Education, becomes vice chair.

“Colleges and universities everywhere are facing challenges on numerous fronts, and some of ours in the West are unique,” Lassner said. “I am humbled by the WICHE Commission’s vote as I step into the role of chair during this critical time. As postsecondary education leaders, we must work together to find creative and sustainable solutions that support the success of our students, now and in the future.”

Lassner has an extensive career as an information technologist and academic leader. He began working at the University of Hawaiʻi in information technology in 1977, eventually becoming UH’s first chief information officer and vice president for IT. He was appointed interim president in September 2013 and the “interim” was removed in June 2014. Lassner has an ongoing focus on helping more Hawaiʻi residents earn college credentials and strengthening the state’s economy through job creation. He is also advancing UH’s commitments to sustainability and becoming a model Indigenous-serving university.

“I am grateful for the leadership of Past Chair Anderson over the past year, and I congratulate Commissioner Lassner as he takes on this new role,” said WICHE President Demarée Michelau. “David’s extensive experience tackling the financial, health, and academic challenges shared by our colleagues make him uniquely positioned to lead the WICHE Commission during this historic time in higher education.”

Since 1953, the Western Interstate Commission for Higher Education has been strengthening higher education, workforce development, and behavioral health throughout the region. From promoting high-quality, affordable postsecondary education to helping states get the most from their technology investments and addressing behavioral health challenges, WICHE improves lives across the West through innovation, cooperation, resource sharing, and sound public policy. WICHE members include Alaska, Arizona, California, Colorado, Hawaiʻi, Idaho, Montana, Nevada, New Mexico, North Dakota, Oregon, South Dakota, Utah, Washington, Wyoming, and the U.S. Pacific Territories and Freely Associated States (the Commonwealth of the Northern Mariana Islands, Guam, the Republic of the Marshall Islands, and the Federated States of Micronesia).

Melanie Sidwell is the Director of Communications at WICHE, where she supports our mission through strategic communications, media relations, social and digital media, and content services. Prior to joining WICHE, she served in a variety of marketing, communications and alumni relations roles at the University of Colorado, and she worked as a journalist for newspapers in Nebraska, Florida and Colorado. A first-generation college graduate, Sidwell holds a bachelor’s degree in journalism from the University of Nebraska-Lincoln, a master’s degree in media studies from the University of Colorado Boulder, and currently is a PhD student in information science at CU Boulder.