Looking to Amplify Your Advocacy for PLA/CPL at Your Institution? Perhaps Findings on Younger Students Can Help Make a Broader Case for Recognizing Prior Learning

We hope we provided some compelling information in the The PLA Boost and Equity Paradox reports about the need to understand and craft solutions for prior learning assessment (PLA)/credit for prior learning (CPL) that are specific to the differing populations of students you serve – and specifically, that without explicit planning and evaluation, PLA/CPL has the potential to be inequitable. For some institutional leaders, data on the benefits of PLA/CPL for adult learners may not be enough. But perhaps data on benefits to younger students might help move them towards embracing credit for prior learning.

CAEL and WICHE’s two prior reports have focused on “adult” students–students in the study cohort who were 25 years or older when they enrolled for the first time at the participating study institutions. This was because frequently PLA/CPL refers to credit options that recognize learning from outside of a college classroom, much of which is for life or work experiences, which accumulate over time. But, credit for prior learning also can apply to students under the age of 25. College credit for prior academic learning, such as from Advanced Placement (AP) and International Baccalaureate (IB) programming at a high school level is a core PLA/CPL option for prior academic learning (for those who’ve had the opportunity to participate in these kinds of advanced learning, at least). And older teens and adults in their early 20s can also have learning from life experiences, including possibly as much as a decade of work or volunteer experience, military service, or other learning that may be eligible for credit through PLA/CPL methods.

Changing population demographics and recent enrollment declines are compelling reasons to recognize the possibility of robust and equitable PLA/CPL opportunities for younger college students. The evidence that PLA/CPL has the potential to help address college completion gaps for historically underserved students underscores the relevancy of PLA/CPL for younger college students, who have rapidly diversified due to U.S. population demographics. And strong college enrollment upticks among students of color before COVID were key to college student supply. Projections suggest that from this point onward half or more public high school graduates may be students of color. There is an increased likelihood that a larger share of younger students may face financial constraints or be more price sensitive, be first generation college students, or be particularly sensitive to the role of work skills in their postsecondary pursuits. PLA/CPL could be one relevant tool in the toolbox of enrollment and retention in potentially leaner years ahead.

It would take another in-depth study to fully and robustly investigate patterns among the younger portion of the study sample we gathered.  But here’s what we learned about younger students and PLA/CPL from our PLA Boost dataset:

Not surprisingly, students at different stages in their life and studies get credit for different learning. Among the four-year college students in The PLA Boost research, the younger students (under the age of 25) in the study had non-military related PLA/CPL credit at more than twice the rate of those who were older (15% and 7%, respectively), with credit for Advanced Placement or International Baccalaureate exams (AP/IB) as the dominant PLA/CPL credit source at the public four-year colleges (65% of PLA/CPL credit earned from any method). Those younger students who were Hispanic had by far the highest rates of credit for AP/IB (24%), compared to those who were White (13%), Asian (14%), American Indian/Alaska Native (10%), Native Hawaiian/Other Pacific Islander (12%), and multiracial students (17%).

Here’s why we think this research is important for advancing PLA/CPL more generally:

Evidence such as this can motivate and help amplify advocacy for PLA/CPL at your institution. While awarding credit for AP/IB credit is a widespread practice, some institutions might perceive a lesser cost/benefit ratio from the seemingly more “niche” or less understood or systematized PLA/CPL methods such as portfolios. But evidence such as we’ve found that there is a relatively consistent magnitude of improvements to completion from less utilized PLA/CPL methods as well as better known methods, for younger and older students, could be useful for adult learner advocates who are in a mostly traditional institution. Not to mention the possible revenue benefit of PLA/CP to institutions through increased retention and enrollment in tuition-bearing courses.

However, there is equally compelling evidence about the need for institutions to inventory their policies and programs to ensure they not only proactively and equitably capture and award credit, but that it is equitable across their student populations, and targeted as needed. Through deliberate tracking, institutions could discern when certain student populations arrive with or receive less credit for eligible AP/IB learning, and seek to learn why this is (including reviewing their own enrollment, admissions, and transfer and credit acceptance practices). Institutions may even see an advocacy or facilitative role in the communities they serve to help increase equitable opportunity for advanced high school learning, educate students and families about getting credit for it, help to alleviate cost burdens, and so on. And further, institutions should strive to offer the right balance of credit opportunities from more well-known PLA/CPL methods (AP/IB, standardized testing) with the range of less-widespread methods (portfolios, industry certifications) that are equally rigorous – and potentially more equitable. 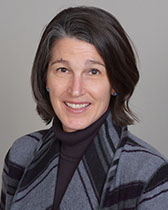 Peace Bransberger has been a researcher with WICHE for 10 years. She leads the production and analysis of WICHE’s projections of high school graduates and other research focused on equitable college access, success and financing. Previously, Peace was a consultant and evaluation researcher with the Aspen Institute’s Economic Opportunities and Workforce Strategies Initiatives and Westat’s education and mental health evaluations, in Washington, DC, as well as a licensed adult educator. Peace is a former foster youth and first-generation college graduate with an M.A. from American University, Washington, DC and B.A. from St. Cloud State University, Minnesota.