“College of Eastern Idaho is excited to join the Interstate Passport because of the benefit to our students when transferring to four-year instituions,” said Lori Barber, vice president of academic and student affairs. “Earning a Passport removes barriers and ensures transferability of lower-division general education credits to participating colleges and universities, including out-of-state institutions. It is a wonderful addition to CEI’s already very student-centered approach to education.”

In 2019 CEI served over 19,000 students in a nine-county region, awarding 146 degrees and 108 certificates. Programs of study include business and technology, health professions, trades and industry, general education and adult basic education – offered on campus, online and via three outreach centers. The majority of students (82 percent) attend part time and range in age from 18 to 50 years old.

The Interstate Passport program was founded in 2011, and became fully operational in 2016. Students who earn a Passport, which encompasses lower-division general education and is based on learning outcomes instead of course-by-course articulation, can transfer to a Network institution in another state and have their learning recognized and general education credits accepted. Since Interstate Passport launched in 2016, member institutions have awarded over 38,800 Passports. All students from CEI who earn a Passport can now more easily transfer to any Network member institution without having to repeat or take additional coursework to satisfy general education requirements.

Nearly four in 10 college students will transfer institutions at least once during their college careers, and almost a quarter of those will enroll in an institution in another state, according to data from the National Student Clearinghouse. Until now, transferring between schools – especially across state lines – has been made more difficult and expensive by lengthy credit evaluation processes and loss of credit already earned.

“We are delighted to welcome College of Eastern Idaho to the Interstate Passport Network, joining North Idaho College as members from the state of Idaho,” said Anna Galas, director of academic leadership initiatives at WICHE.  “As the Interstate Passport Network continues to grow, we expect to see more transfer students motivated to complete their degrees. Through the Passport Network CEI students will now be able to easily transfer to other Passport institutions, particularly in other Western states, without losing or repeating their lower-division general education credits.”

Even for students who don’t transfer, earning a Passport can be beneficial. Because of its specifically defined learning outcomes, the Passport can become a widely recognizable documented completion benchmark from which employers can gauge a prospect’s skill level and readiness for a job.

Interstate Passport is a program based at the Western Interstate Commission for Higher Education (WICHE) that enables block transfer of complete lower-division general education attainment based on a set of multistate faculty-developed learning outcomes instead of on specific courses and number of credits. After years of research and development, the Interstate Passport Network, whose members are two-year and four-year non-profit colleges and universities, was launched in July 2016. In its first three years of operation, members awarded 38,800 Passports to students. Current membership has grown to 60 institutions in 17 states. For more information please visit interstatepassport.wiche.edu. 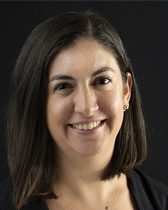